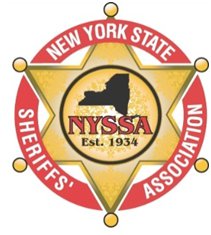 JAIL: The operation of a safe and secure county jail is one of the most difficult government functions, one which exposes the Sheriff and county government to great legal and financial liability. The NYSSA jail accreditation program is designed to enhance county jail operations and reduce exposure to liability. The NYSSA jail accreditation program has established 166 standards of excellence which must be met by a county jail in order for the facility to earn accredited status. The Jail Bureau was initially accredited by the NYSSA in 2005, and subsequently reaccredited in 2010 and 2015.

CIVIL: Sheriff’s Civil Divisions serve and execute civil court process, such as summons, evictions, Family Court orders, executions, orders of attachment, orders of seizure, and many more civil process items. Additionally, these divisions must collect and account for millions of dollars received by the Sheriff in enforcing civil judgments. To help Sheriffs assure that these divisions operate efficiently and properly, NYSSA developed a civil accreditation program that contains 120 civil accreditation standards. The standards contain detailed requirements regarding the handling and accounting of money collected for judgments and money collected by Sheriffs on behalf of the county. The Civil Bureau was initially accredited in 2009 and subsequently reaccredited in 2014.

COURT: The Court Security Bureau is responsible for providing a safe and secure environment at the Hall of Justice and court occupied areas of the Monroe County Public Safety Building, Appellate Courthouse and Civic Center Complex. Court Security Deputies are responsible for the physical protection of judges, court personnel, attorneys, witnesses, juries, and citizens who have business with-in the Court complex. Court Security Deputies are also responsible for judicial activities outside the Civic Center Complex such as transportation of juries, hospital arraignments and hearings and escorts to crime scenes. NYSSA developed 39 accreditation standards that contain requirements regarding the administration, operation, training and staffing levels of the Court Security Bureau. The Court Bureau was initially accredited in 2011 and reaccredited in 2016. 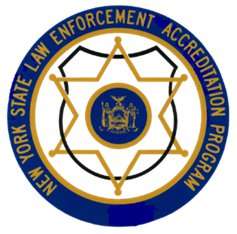 POLICE: The New York State Law Enforcement Accreditation Program (NYSLEAP) is a progressive and contemporary way of helping police agencies evaluate and improve their overall performance. It provides formal recognition that an organization meets or exceeds general expectations of quality in the field. Accreditation acknowledges the implementation of policies that are conceptually sound and operationally effective.

The accreditation program is comprised of 110 standards and is divided into three categories. Standards in the administrative section have provisions for such topics as agency organization, fiscal management, personnel practices, and records. Training standards encompass basic and in-service instruction, as well as training for supervisors and specialized assignments. Operations standards deal with such critical and litigious topics as high-speed pursuits, roadblocks, patrol and unusual occurrences. The Police Bureau was initially accredited in 1992, and subsequently reaccredited in 1997, 2002, 2007, 2012 and 2017.