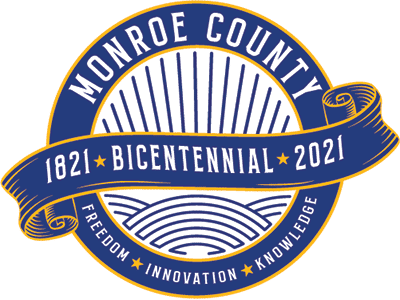 “This is a year to celebrate 200 years of the rich history of Monroe County,” said Bello. “The Rochester Red Wings are the oldest continually operating sports franchise in North America below the major league level and for more than a century, the team has been part of the fabric of our community. I can’t think of a better way to spend a Friday evening than celebrating our history while enjoying the sights and sounds of America’s favorite pastime.”

Pre-game events will feature historic baseball reenactors from the Genesee Country Village & Museum demonstrating how the game was played in the 19th Century. The Red Wings franchise began playing in Rochester in 1899, when the team known as the Rochester Bronchos won the Eastern League Championship in its inaugural season.

“We are so pleased to be hosting the County’s bicentennial celebration right here at our beautiful County stadium, Frontier Field,” said Naomi Silver, president and CEO of Rochester Community Baseball. “We certainly understand as well as anyone just how important history and longevity are in creating the fabric of a community, and the partnership that the Red Wings have with Monroe County is a clear testament to our collective dedication to our citizens. We are gratified that County Executive Bello has recognized the wonderful partnership we enjoy by allowing us to share in this monumental occasion in Monroe County.”

“We are thrilled to be celebrating an important milestone at the Sheriff’s Office, 200 years since our founding in 1821, in concert with Monroe County’s bicentennial,” said Sheriff Baxter.

“While the Sheriff’s Office has continuously changed with the times to accommodate the citizens we serve, one thing has remained the same: our commitment to Excellence. None of our efforts to serve and protect the citizens of Monroe County would be possible without the great men and women, deputies and non-sworn members, who are the backbone of this great organization. Happy 200th Anniversary to both the Monroe County Sheriff’s Office and Monroe County. We appreciate this opportunity to celebrate with all of you, the community which we serve.”

“Shortly after Monroe County was founded 200 years ago, snippets of local news about baseball began to appear; since then baseball has been woven into the fabric of county life,” said Monroe County Historian Carolyn Vacca. “Early teams, like the Flour City, bore names connected to our economic growth, a practice that spread through the county with teams like the Hilton Peaches. Baseball is a signature event in our young people’s lives, even if they can’t all be Little League Champs like the 1966 East Rochester team. From Little League to high school teams to college teams to the Kodak League, baseball has contributed to our shared identity and drawn us together in a common experience, even as onlookers. And, now we celebrate its role in our two hundred years.”

Tickets for Friday’s game are on sale at the Ticket Office and at RedWingsBaseball.com. Gates open at 6 p.m. Reenactors will perform from 6 to 6:20 p.m. The first pitch is at 7:05 p.m. and a fireworks show is planned at the conclusion of the game.