A Division of
Public Safety 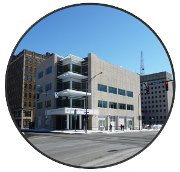 The Monroe County Crime Laboratory utilizes green building design practices in accordance with the U.S. Green Building Council’s Leadership In Energy and Environmental Design (LEED) standards. As a result, the Crime Lab has been certified as a LEED Platinum facility, the highest certification allowed by the USGBC. Our commitment to sustainability not only protects our environment and conserves precious resources; it also protects County taxpayers by providing true cost savings through reduced operating costs. 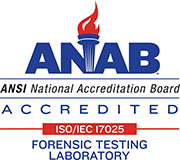 The Monroe County Crime Laboratory was assessed and found to be in conformance with ISO/IEC 17025:2017, ANAB Forensic Testing & Calibration AR 3125:2019 & FBI Quality Assurance Standards for Forensic DNA Testing Laboratories:2020 in the field of Forensic Testing.

The Monroe County Crime Laboratory, through its impartiality and commitment to quality, maintains the qualifications required to provide comprehensive evidentiary analysis for the criminal justice system, to efficiently and competently uphold laws within the communities that it serves.

The Mission of the Monroe County Crime Laboratory is to provide analytical, scientific and other forensic and administrative support to law enforcement agencies and to the criminal justice system at large, in order to assist with the enforcement of laws and regulations of the state of New York and the United States of America.

The laboratory also offers the following resources and services:

The Monroe County Crime Laboratory offers unpaid internship positions to college juniors and seniors enrolled in a degree program that prepares them to work in a Forensic Science Laboratory.

Submit the completed application, a copy of your school transcripts, and a letter from your school advisor stating your eligibility for the internship to the Laboratory Administrator:  John R. Clark , 85 West Broad Street, Rochester, NY  14614.

The Firearms Examiners at the lab also examine firearms to determine if they have been illegally converted to fire as a machinegun. They conduct serial number restorations on firearms and other evidence using various chemical techniques. They examine silencers and homemade firearms or “zip guns” as well. The examiners also analyze clothing from gunshot victims to try and determine at what distance the shot was fired. They also conduct shooting incident reconstruction’s and assist investigators and crime scene technicians in trying to recreate the events surrounding shootings.

In addition to working on the various cases involving firearms the examiners also conduct toolmark examinations. Toolmark analysis is a discipline of forensic science which has as its main purpose to try and determine if two or more marks were created by the same tool. These cases typically involve cutting or prying type tools. One example would be trying to determine if a pair of bolt cutters recovered by the police at a suspects house were used to break into several storage containers where all of the padlocks were cut off. Another example may be trying to determine if a screwdriver was used to pry open a door at a crime scene.

Like all of the scientists at the laboratory the Firearms Examiners produce reports in regards to their findings and they routinely testify in court about them as well. Members of the Firearms Section also routinely provide training for area law enforcement personnel, prosecutors and defense attorneys. The examiners also attend training each year in the areas of forensics, firearms, and toolmarks. 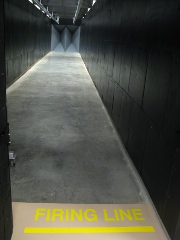 The Forensic Biology section of the laboratory is responsible for analyzing evidence that may be stained with biological fluids such as blood, saliva, or semen.

Items that are received for Biological analysis are first screened in the Screening laboratories. During screening, an analyst tests for the presence of biological material and categorizes the stains as to the type or types of material present.

When biological material is detected, it may be subjected to further testing using DNA analysis. DNA is the genetic material that determines who we are. Everyone’s DNA is different, except for identical twins. A person’s DNA is the same in every cell in his or her body. When biological evidence is found at a crime scene, a DNA profile obtained from the evidence can be compared to victims and suspects to determine who may have left the evidence.

A small amount of DNA is first copied many times to produce enough for instrument testing. The copied DNA is then analyzed on a genetic analyzer using capillary electrophoresis. Even when there is no suspect, the DNA profile developed from the evidence may be entered into the FBI’s Combined DNA Indexing System (CODIS), for comparison to convicted felons, as well as other forensic cases.

The Monroe County Crime Laboratory began entering DNA profiles into the FBI’s Combined DNA Indexing System (CODIS) in November of 2001. The profiles are compared to DNA profiles of convicted felons and profiles generated in other cases by laboratories across the United States. This may allow law enforcement officers to identify possible suspects when no prior suspect existed.

Criminalistics is the field of forensics dealing with the examination, comparison and identification of a variety of material evidence such as hairs, fibers, glass and paint by the application of microscopy and chemical and instrumental analysis.

The Monroe County lab is able to perform analysis on the following types of materials: Explosives,  Fibers, Glass, Hairs, Footwear and Tiretrack Impressions, Paint, Polymers, fracture matches and other assorted materials such as bank dyes and duct tape.

The analysis of paint from a suspected hit and run is an example of a time consuming Trace analysis process, utilizing both comparative microscopy as well as Infrared Spectroscopy and Gas Chromatography. A tiny particle of automotive paint left on the victim is examined for color, layer structure and chemical compostion in order to match to the area of the suspected vehicle.

The controlled substance analysis section exams submitted evidence such as  tablets, capsules, powders, plant material and liquids for the presence of controlled and non-controlled substances.  The weight of the materials are first determined since the charge of the crime is dependent on the aggregate weight and occasionally the purity of the sample.  Initially a series of chemical (color) screening tests are performed to eliminate certain drugs and to point the chemist toward the drug that may be present in the submission.

Most types of drug evidence are confirmed using an instrument called a Gas Chromatograph-Mass Spectrometer.  Drugs are separated from each other in the column of the gas chromatograph and identified by their unique mass spectra pattern as they pass through the mass selective detector.

Infrared spectroscopy can also be used to identify drugs since this instrument gives information about the chemical structure of the drug.  Samples analyzed in this manner must be pure, therefore; some sample preparation may be required before analysis.  The Forensic Drug Chemist relies on the reviewable computer generated printouts for identifications of drugs from these two instruments when writing reports and testifying in courts of law.

(1) Bags of cocaine, (2) Heroin under a microscope

The job of the forensic criminalist working in the Fire Debris section is to determine if an ignitable liquid is present in the evidence submitted.

Fire debris samples are submitted to the laboratory for analysis in airtight containers such as clean paint cans, glass jars or nylon and polyester bags.

Volatiles that are trapped in the debris from fires are forced out through heating and extracted onto carbon strips.  The volatiles are eluted from the strips with a solvent and are analyzed using a gas-chromatograph/mass selective detector.

Fire debris evidence to be analyzed