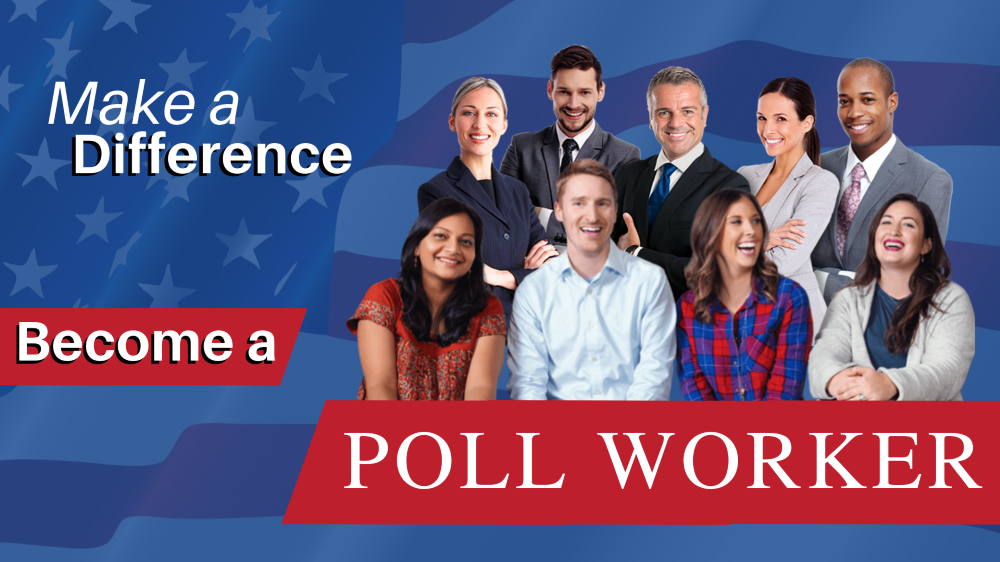 Poll Worker Manuals and Other Resources

Questions About Becoming A Poll Worker

Q. Are Poll Workers Volunteers? - NO

Q. What is a Poll Worker?

Q. What are Poll Worker's Responsibilities?

They ensure fair and honest elections and protect the rights and privacy of every voter in accordance with New York State Election Law.

Q. Can anyone be a Poll Worker? What are the qualifications?

Poll Workers must be a registered voter in Monroe County and be willing to declare to work for either the Democratic or Republican Party on Election Day.  They must be able to speak, read and write the English Language.  They also must have a valid email address for communication with the Board of Elections Training Team.

Q. Does it require a lot of training to be a Poll Worker?

They are required to be trained and tested every year.  Trainings are held at the Board of Elections Service Center in the months leading up to the Primary and General Election, at varying times and dates.  Classes last about 2 hours.  If Poll Workers work on Election Day they are paid for attending training.

Q. What Days and Hours do Poll Workers work?

Q. Election Day is a long day, what if I can't work the whole day?

All Poll Workers are required to work the entire Election Day.  There is no option to work for only part of an Election Day for any reason.

Q. Do Poll Workers get time off during the day?

Yes, Poll Workers will be given breaks throughout the day, including a lunch break.  These breaks will be assigned by the Site Chairs at the polling site.  A Poll Worker may leave the site during their assigned break, as long as there is at least one Election Inspector from each party remaining at the site.

Q. Will I be working with experienced Poll Workers?

Q. Will I be working at my own voting location?

Q. What if I am on SSI, unemployment or concerned about tax consequences?

Each person’s circumstances are unique and therefore they must check with their own advisors.