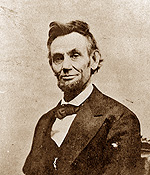 In recognition of the 200th anniversary of President Abraham Lincoln’s birth, then-Monroe County Executive Maggie Brooks announced on February 12, 2009 that the County has renamed Irondequoit Bay Park East in his honor. The beautiful 182 acre County Park, located on the east shore of Irondequoit Bay in the Town of Penfield, is now officially known as Abraham Lincoln Park.

Abraham Lincoln Park is 182 acres and is located along the southeastern shoreline of Irondequoit Bay within the Town of Penfield. Enter the park from Smith Road off Empire Boulevard, or access the park on Empire Boulevard near Daytona Avenue.

Abraham Lincoln Park has a carry in-carry out rule, which means you must take all your garbage with you for disposal after leaving the park. All pets must be leashed and you are responsible for cleaning up after them.