A Division of
Public Safety

The Monroe County Radio Center is responsible for the planning, operation, and maintenance of radio and microwave communication systems used by all Monroe County Departments, the City of Rochester, all municipal Law Enforcement agencies and some Fire Protection and Emergency Medical Services of the County. The HQ facility is located in the City of Rochester at the top of Cobbs Hill at Cobb's Hill Park. 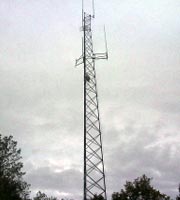 Monroe County Radio Center maintains a variety of systems including:

Special operational frequencies are available for mobile and portable use. All agencies must obtain a FCC license to operate on a base station.

What is Communications Interoperability?

Monroe County has also been awarded the Interoperable Emergency Communications Program Grant whose priorities are:  common planning and operational protocols and enhancing emergency responder skills/capabilities through training and exercises. This will also compliment the PSIC grant by strengthening the regional interoperable communications by developing and testing operational protocols via exercises. It will also allow for development of a field operations guide, frequency coordination and various feasibility and structural studies.   This grant will also allow for development and testing of the NYS-required Tactical Interoperational Communications (TIC) plan in accordance with the Statewide Communications Interoperability Plan (SCIP).