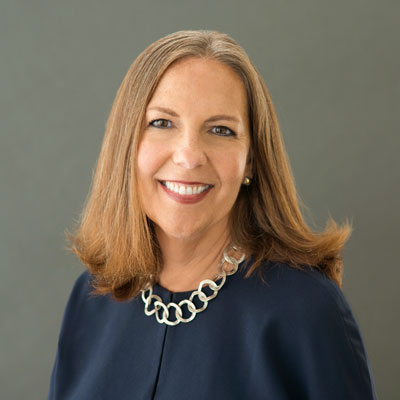 Here at the Monroe County District Attorney's Office, we see victims and their families during the very worst moments of their lives. It is important that our community does not forget the names and faces of those we have lost to homicides. The pictures below are some of the lives that were taken from our community who we will never forget. The pictures have been provided by family members to the District Attorney's Office. If you would like your loved one featured, please contact us at [email protected] It is our hope that these faces will remind everyone that any life lost to homicide is one too many.

Elected in 2011, Sandra Doorley is the first female District Attorney in Monroe County history. In 2015 and 2019, Doorley was re-elected to her second and third four year terms. Prior to assuming office, Doorley served the District Attorney’s Office with distinction for nearly twenty years, successfully prosecuting thousands of high profile criminal cases and compiling an impressive record of victories. After joining the office in 1992, Sandra Doorley served under two consecutive administrations in the following capacities:

Sandra Doorley is recognized as a leader in the prosecution of cold cases using DNA evidence and has successfully obtained indictments and convictions in such cases, including the 1976 murder of a young girl in Rochester and the conviction of a serial sex offender for murder and sexual assault. In January 2011, Sandra Doorley was honored by the New York State District Attorney’s Association with the Robert M. Morgenthau Award in recognition for her “professional accomplishments, honesty, integrity and commitment to the fair and ethical administration of justice.”  In 2014, Sandra was presented with the Stop the Hurt Award by Alternatives for Battered Women, recognizing her successful prosecution in the murder trial of Brockport College freshman, Alexandra Kogut. In July of 2015, at the District Attorney’s Association of the State of New York Summer Conference, The New York State Prosecutor’s Training Institute awarded Sandra Doorley the Prosecutor of the Year Award. In 2020, she was sworn in as President of DAASNY during the summer conference of 2020. In addition to her duties as District Attorney, Sandra Doorley continues to assume the role of lead prosecutor on several current and pending homicide and cases.

Sandra Doorley is a graduate of the Syracuse University School of Law and completed her undergraduate studies at the University at Albany. She currently lives with her family in Webster. 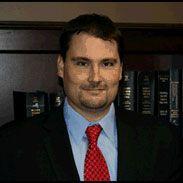 The First Assistant District Attorney is appointed by the District Attorney and is responsible for homicide prosecutions and general office administration in addition to the direct oversight of five interoffice bureaus. Perry Duckles has been with the office since March of 2003, after graduating from the State University of New York at Buffalo School of Law.  After completing a rotation in the Town of Gates and Rochester City Court, he moved into the DWI bureau as a trial assistant, before moving the Major Felony Bureau in 2006.  In December of 2008, he accepted a position as Supervisor of the DWI Bureau, prosecuting fatalities and serious assaults involving motor vehicles.  In 2011, he was promoted to Supervisor of the Major Felony Bureau, supervising 11 Assistant District Attorney’s in the prosecution of the Violent Felony Crimes, to involve Robberies, Assaults, and Burglaries, while personally handling Homicide cases that were assigned to him.  In 2016, he was promoted to his current position. 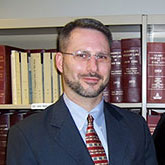 The Second Assistant District Attorney is appointed by the District Attorney and is responsible for both office administration and the direct oversight of four interoffice bureaus. Mark Monaghan was appointed by District Attorney Sandra Doorley in 2018. Beginning his prosecutorial career in the Local Courts Bureau, Mr. Monaghan has served as an Assistant District Attorney in the Domestic Violence Bureau, DWI Bureau, and Non-Violent Felony Bureau, where he served as a trial assistant to the Economic Crime Bureau before becoming its Bureau Chief in 2012. Prior to coming to the Monroe County District Attorney's Office, Mr. Monaghan spent two years as a staff attorney with the Legal Aid Society of Rochester's Domestic Violence Program. Born and raised in the Town of Greece, Mark Monaghan completed his undergraduate studies at SUNY Geneseo, where he majored in history and political science before attending Indiana University's Maurer School of Law, graduating in 1999.

Overview of the District Attorney’s Office

The Monroe County District Attorney’s Office is structured into twelve Bureaus, most are overseen by a Bureau Chief and Deputy Bureau Chief charged with the prosecution of specific crimes.  The Chief of each Bureau reports to either the First Assistant District Attorney or the Second Assistant District Attorney, depending on the Bureau’s area of specialization.  In 2012, the Special Victims Trial Division was created, integrating four discrete but similar bureaus into a single trial division in an effort to better facilitate the prosecution of these crimes.

Headed by Ray Benitez, the DWI Bureau is responsible for prosecuting all defendants charged with felony DWI, vehicular assault, and vehicular homicide, in addition to other crimes associated with the unlawful operation of a motor vehicle (i.e., Aggravated Unlicensed Operation). The Chief of the DWI Bureau reports directly to the Second Assistant District Attorney.

Headed by David Dys, the Non-Violent Felony Bureau prosecutes felony cases that do not involve bodily harm or the threat of bodily harm to victims. These crimes include burglary, auto theft, grand larceny, felony criminal mischief, and fraud cases not prosecuted by another specialized bureau. The Chief of the Non-Violent Felony Bureau reports directly to the First Assistant District Attorney.

Headed by Sara Vanstrydonck, the Special Victims Unit is responsible for prosecuting all cases involving the physical and sexual abuse of children, crimes involving child neglect and/or endangerment and cases involving adult sexual assaults.  This Bureau is comprised of trial attorneys with specialized knowledge and training in sex and child crimes, and prosecutors who work for this Bureau work closely with victim advocates who support the victim throughout the criminal process in an effort to minimize trauma. The Chief of the Child Abuse/Sex Crimes Bureau reports directly to the First Assistant District Attorney.

Headed by Patrick Gallagher, the Domestic Violence Bureau is responsible for prosecuting cases involving crimes characterized as abuse by one adult or adolescent intimate partner against another.  Crimes that would typically be prosecuted by this bureau include the felony classifications of criminal contempt, assault, stalking, kidnapping, criminal mischief, and burglary in addition to related misdemeanor offenses. The Chief of the Domestic Violence Bureau reports directly to the First Assistant District Attorney.

While the Monroe County District Attorney’s Office is primarily composed of attorneys charged with prosecuting crimes, a secondary body of “non-prosecutorial staff” assist both the District Attorney and the Office’s prosecutors by assuming the numerous ancillary roles and performing the many tasks that result in successful convictions.

The Administration & Support Services staff perform critical, non-prosecutorial functions for the District Attorney and her team of 80 prosecutors. Tasks that are typically handled by this staff include but are not limited to management of the office budget, grant writing and grant management, oversight of personnel issues, and assisting the District Attorney with public outreach and communications. In addition to these functions, members of the Administration & Support Services staff perform essential clerical duties for all bureaus including data entry, document preparation, and other support services as required.