Absentee ballots for the November 8th General Election are tentatively scheduled to be mailed out starting September 23rd, to voters with a current request application on file.

The Monroe County Board of Elections is administered by two Commissioners of Elections who serve four year terms. The Commissioners are elected by the county committees of each political party and their appointment is confirmed by the Monroe County Legislature. The Commissioners, each assisted by a Deputy Commissioner and a full-time staff (with equal representation of Democrats and Republicans) provide the technical, clerical, and mechanical skills necessary to provide services; bilingual assistance; information and statistical data to county legislators, other county departments, governmental agencies and to the public.

New York State Board of Elections

Visit the NYS Board of Elections

What is a Primary Election? 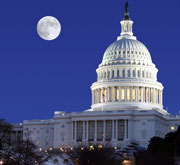 A “Primary Election” is one in which only enrolled members of a party may vote for the purpose of nominating party candidates and electing party officers. In any election district, if a race is uncontested, no primary is held.

A “Primary Election” is held on the first Tuesday after the second Monday in June before every general election unless otherwise changed by an act of the legislature. Polls are open for voting from 6am until 9:00 p.m.

What is a General Election?

A “General Election” is an election that is being held throughout the state or country on the same day. The most prominent example is the Presidential election held every four years. Examples of statewide general elections include the races for the New York State Governor and New York State Senators.

Visit the New York State Board of Elections for maps encompassing state and/or federal jurisdictions.