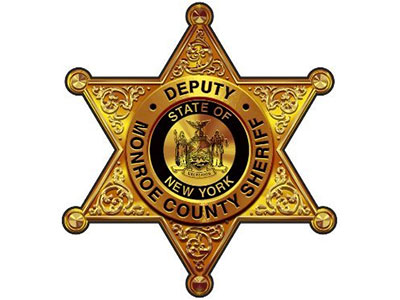 “I have deep respect for the work of the Monroe County Sheriff, the Sheriff’s Road Patrol and the Command Unit,” said Monroe County Executive Adam Bello. “Both of these contracts were overwhelmingly approved by the members of both unions as all sides came to the table in good faith and with open minds. The result is a good deal for all parties as well as for the public’s safety and wellbeing. My thanks to Sheriff Baxter and to both union presidents for their diligence and willingness to get the agreements settled early to avoid working out of contract.”

Both PBA and Command Unit current contracts are due to expire at the end of the year, settling these two contracts ensures that neither union would be working out of contract.

“Thank you to Monroe County Executive Adam Bello, the County Legislature, and the citizens of Monroe County for appreciating our deputies with the approval of both the PBA and Command Unit contracts prior to their expirations,” said Monroe County Sheriff Todd Baxter. “This unprecedented action to approve new agreements before the current contracts expire sets a new standard for Monroe County negotiations. It also speaks to the diligence of our Union Presidents, County Executive and Administrations working together in this trendsetting move. Both of these contracts show a commitment to public safety, recognizing the professionalism and value of the men and women who wear the badge of the Monroe County Sheriff’s Office. I acknowledge, with gratitude, the Monroe County Legislature for its steadfastness in supporting the Sheriff’s Office and recognizing our vow to serve the community to the best of our ability.”

The Monroe County Sheriff Police Benevolent Association Road Patrol contract covers three years from January 1, 2022 through December 31, 2024, with wage increases of 3.25% in 2022 and 2.25% in years two and three.

“On behalf of the PBA, I want to thank the County Executive and Sheriff for working with the union to negotiate a contract that is beneficial to all parties,” said PBA President, Jason Elliotto. “As President of the PBA, I was pleased that the County came to the table early and worked with us to ensure we had the contract settled before the end of the year.”

“The members of the Monroe County Sheriff’s Command Unit, CSEA Local 7423, would like to thank County Executive Adam Bello and Sheriff Todd Baxter for their executive staff’s professionalism during our contract negotiations,” said Captain Jason Tripoli. “We have agreed upon a new collective bargaining agreement fair to the county and our members. We are grateful to the dedication of all the parties involved in reaching an agreement on time before our current collective barraging agreement expires on December 31. 2021.”