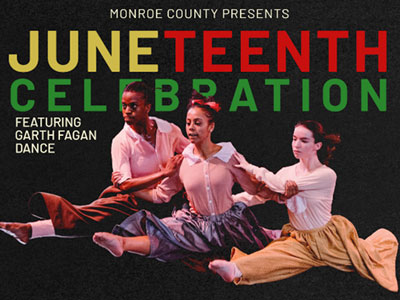 “Last year, I had the honor of signing legislation recognizing Juneteenth as an official County holiday and of being the first Monroe County Executive to fly the Juneteenth flag at the County Office Building,” said Monroe County Executive Adam Bello. “Observing and celebrating this important day in American history honors the legacies and accomplishments of our Black community and recognizes that the fight for freedom, justice and equality for all is not yet over.”

The Juneteenth holiday honors June 19, 1865 – the date slaves held in Texas were declared free under the terms of the 1862 Emancipation Proclamation.

All Monroe County offices will be closed on Monday, June 20 in observance of Juneteenth.