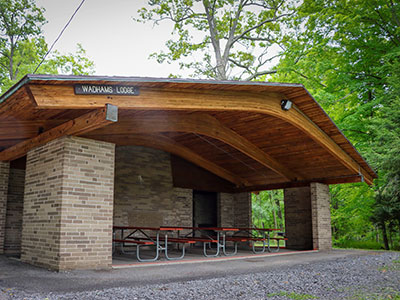 Monroe County Executive Adam Bello submitted legislation to amend the County Capital Improvement Program (CIP) by $9.4 million to continue the repair and upkeep of county parks while adding improvements such as a kayak launch, spray park, synthetic ice rink, playgrounds, pickleball courts and golf course improvements. The $9.4 million is in addition to the $7.2 million invested in the parks last year — for a total of $16.6 million for the Go Outside Monroe - Parks Revitalization Initiative.

“For decades there has been disinvestment in county infrastructure — including our park system. Rebuilding and improving our infrastructure is a key pillar of our plan to Bring Monroe Back,” said County Executive Bello. “Our residents deserve better than rundown lodges, washed out roads, tired playgrounds and scant amenities. The added $9.4 million investment will restore the grounds and infrastructure as well as add modern improvements to make our parks second to none.”

The additional parks revitalization projects include:

A complete list of the status of ongoing park projects can be found at www.monroecounty.gov. Notable before and after images can be found here.