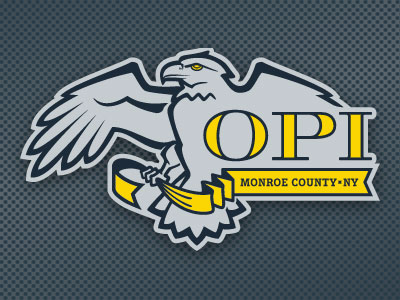 The independent investigative office is making it easier for county employees and members of the public to report suspected waste, fraud and abuse.

Monroe County Executive Adam Bello today announced that the county’s Office of Public Integrity (OPI) has a new website designed to increase transparency and make it easier for county employees and members of the public to report instances of suspected waste, fraud and abuse.

“Good government means safeguarding public resources and transparently rooting out instances of waste, fraud and abuse. Honest government is how you ensure public confidence in government,” said County Executive Bello. “The new Office of Public Integrity website makes it easier for whistleblowers to report allegations of wrongdoing by county employees and outside vendors and gives the public easy access to OPI’s investigative reports and audits.”

The Office of Public Integrity has independent authority to examine and investigate all county operations and report its findings to law enforcement when necessary. The office addresses concerns raised through the Whistleblower Hotline (585) 753-3105, online at MonroeCountyNY-OPI.gov and via email at [email protected]. Additionally, the office undertakes proactive risk assessments and provides recommendations to improve the county’s effectiveness, efficiency and accountability.

Key features of the new website include an anonymous reporting system that assigns whistleblowers a number they can then use to track the status of their case as an investigation progresses; libraries of all audits, annual reports and publically released investigation reports; and a directory of resources for individuals interested in making complaints that are outside of OPI jurisdiction. The site is available at MonroeCountyNY-OPI.gov

The site is also available in English and nine other languages, including Spanish, Arabic, Italian, Portuguese, Russian, simplified Chinese, Dutch, German and French.

“We don’t want OPI to be a clandestine agency that no one knows about, we want to be on the forefront, easily accessible and transparent,” said Janson McNair, OPI director. “It’s important the residents of our community have trust in County government and know that their interests are being protected. I encourage everyone to visit our new web page and see for themselves what OPI does.”

According to its 2021 Annual Report, OPI completed 93 investigations last year and completed 11 audits. As a result of those investigations, 28 county employees accused of misconduct were referred for disciplinary action and one matter was referred to the Federal Bureau of Investigations. Additionally, OPI audits prevented $390,000 in federal pass-through funds from being disbursed through fraudulent grant applications, found that the county was entitled to more than $204,000 in state reimbursements for capital project expenses and resulted in the county recouping more than $150,000 in overpayments for utilities.