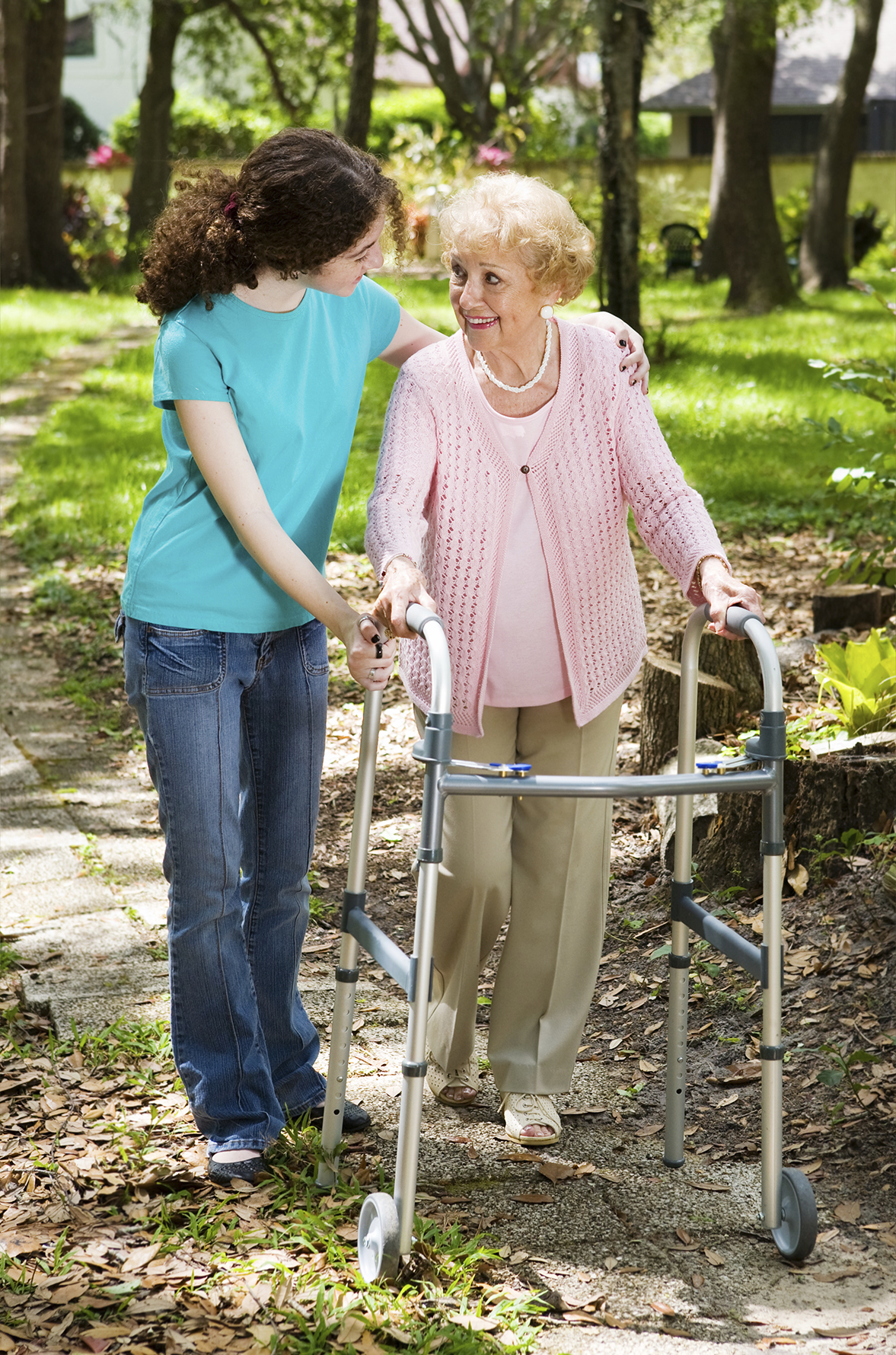 Elder abuse occurs in every social and economic group, every ethnic group, race and culture. It can happen in any village, town or city across the United States. Although many of its victims are older women, gender and chronological age alone do not totally define who will be abused or mistreated. In addition to physical, sexual and emotional Abuse, is economic abuse. Financial Exploitation of Older Adults is a growing problem and may have devasting repercussions for the health and well-being of the Older Adult Victim. In most cases of elder abuse, the perpetrator has gained the trust of the victim, therefore the perpetrator may be a friend, neighbor, someone they do business with, or even a family member.

The Face of Elder Abuse

Although each case involving elder abuse or neglect is unique, the following fictional scenarios demonstrate common themes which occur. The following three cases give an overview which will be useful to professionals, family or friends in identifying abuse or neglect.

Mrs. E. is a 75 year old woman who came to this country after surviving the concentration camps of World War II. Her husband and children are deceased and she lives with her only grandson, Tom. Tom has been in and out of drug and alcohol rehabilitation programs for the past five years and cannot keep a job. When he relapses, Tom becomes violent toward his grandmother, slapping and pushing her until she gives him the money he demands. Mrs. E. refuses to have Tom arrested, hoping that someday he will “get help” and again become the loving grandson she once knew.

Mr. and Mrs. V. have been married for 50 years and have four grown children. Despite Mr. V. being physically and verbally abusive to his wife their entire married life, she has stayed with him and has never told anyone of their problems. Over the last five years, Mrs. V. has become increasingly forgetful and confused which only infuriates her husband more. The doctor she now sees has determined that she has dementia and her condition will only worsen in the next few years. When asked about the bruises on her arms and back, Mr. V. tells the doctor that she has frequent falls. He then promptly finds a new physician for his wife; she has had four doctors in five years.

Mr. P. is an 85 year old man who receives care from his daughter after suffering a series of strokes. His daughter, Barb, and he have always had a stormy relationship and she blames him for putting her in the “nuthouse” when she was a teenager. Barb forbids outside help from assisting her father and none of his friends and neighbors have seen him outside his house for the past six months. They hear yelling and loud noises coming from the house but nobody wants to get involved. Barb is driving a new car and appears to be wearing very expensive jewelry during the brief visits she makes with her father.

Profile of a Typical Abuser 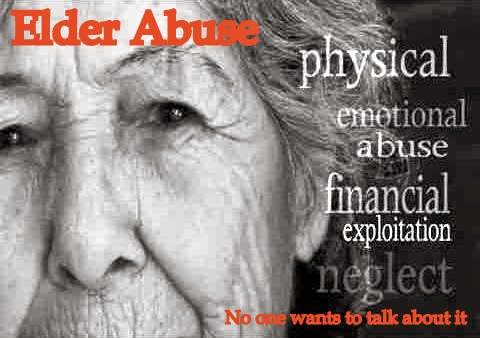 Elder abuse is a hidden problem which has only recently received national attention. New York State, in Chapter 395 of the Social Services Laws of 1995, has defined the categories of abuse as follows:

The following lists possible family and/or individual symptoms of elder abuse. Each indicator, by itself, may not signal an abusive situation. There are other factors which must be considered before reaching such a conclusion.

The National Center on Elder Abuse recently published the results of the first, comprehensive national incidence study, covering the year 1996. According to this study, approximately 450,000 elderly persons in domestic settings were abused and/or neglected during 1996. Additionally, the study determined that:

Q. I suspect an elderly person may be the victim of elder abuse. What should I do?

Get as much information as possible about the signs of elder abuse and compare this with the situation you are observing. Ask questions of the individual you suspect is being victimized, in a respectful, but direct manner. It is recommended, and may be necessary, to interview the older person privately, without the alleged offender present.

Q. Where can I obtain information on elder abuse?

In New York State, contact your local Office for the Aging and/or Adult Protective Services. You can also find the listing in our website directory. For other areas in the United States, call the Eldercare Locator at 1-800-677-1116.

Q. If an elderly person is being abused, what choices does he or she have?

Unless a court has determined that s/he is lacking in capacity to make his/her own decisions, the person has the same rights as any adult to make choices about his/her living situation. These choices can range from taking action against the abuser to doing nothing and allowing the situation to continue. When the victim chooses to stay in the abusive relationship, it is often the most difficult choice for the family, friends and service providers to understand. Counseling, in-home services, other living arrangements and adult day programs are some other options which might improve the situation and reduce the risk of further abuse.

Not if the victim has capacity and knows his/her options. Lack of capacity can only be determined by a medical evaluation and a ruling by the courts.

Adult Protective workers will interview the alleged victim and make an assessment of the situation. They will probably employ the least restrictive method of intervention to address the problem.

A medical evaluation to determine capacity should be as comprehensive as possible. Physical and cognitive abilities/disabilities should be evaluated, preferably by a doctor that has experience with older adults. The primary care physician may be willing to make a referral to a geriatric assessment clinic or a geriatric psychiatrist if cognitive (mental) functioning is suspected to be impaired. A written report of the findings should emphasize the level of incapacity or impaired judgment, and in which areas of functioning these impairments occur, e.g., ability to make financial decisions, live by themselves and understand health risks.

Q. What legal options exist for the victim?

There are several, depending on the circumstances and desire of the victim to choose one. In New York State, s/he may choose to get an Order of Protection judge will take into account the wishes of the victim when issuing an Order of Protection. This order may or may not include the expulsion of the perpetrator from the home. Another option, particularly in cases of physical abuse, is to call the police and have the perpetrator arrested under the state’s Domestic Violence Law. In cases of financial exploitation, there are several legal options available, such as guardianship, to stop the exploitation. Victims should contact their attorney, the local District Attorney’s Office or Adult Protective Services to see if criminal or civil charges can be pursued. If outside New York State, check with your local Adult Protective Services office.

Q. I know of an older woman who is being physically and financially abused. She doesn't want her substance-addicted grandson to go to jail, so the police are not called. All she keeps saying is can't you make him get help? What can I do?

Your options are limited. Even though you may want to act on an older person’s behalf, the victim must agree to take some action. You can call your local Office for the Aging or Adult Protective Services.

Your identity will be kept confidential. New York State’s Social Services Law 473-e provides this protection for those who call in a referral. However, the victim can get an order of protection (see previous question) and a determination will be made without incurring criminal sanctions. If the grandchild violates the order, he may go to jail for contempt of court.

Q. An elderly man has been caring for his wife for many years. I believe she has Alzheimer’s disease. He seems very stressed. Will he become abusive?

Not necessarily. Recent research is casting doubt on the long-held belief that the stress of care giving, by itself, will inevitably lead to abuse. Subjective factors such as a caregiver’s response to the situation, feelings of guilt, being constantly in demand or feeling out of control were more important. Of equal importance was the relationship between the caregiver and care receiver. If there has been a past history of poor relations, or the care receiver is perceived to be unappreciative or demanding, the risk for possible abuse increases (From The Mistreatment of Elderly People, London Sage Publications, 1993).

What Is An Order of Protection?

A person is eligible to go to Family Court for an Order when:

Before an Order can be obtained in Town Court, a criminal charge must have been filed and signed by an officer or the victim.

Police must arrest when:

Both courts can order: