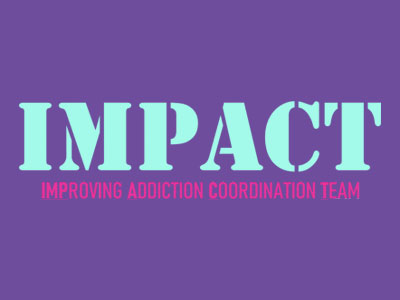 Monroe County Executive Adam Bello and Monroe County Commissioner of Public Health Dr. Michael Mendoza announced two new initiatives in Monroe County’s efforts to combat the opioid crisis. Monroe County’s Department of Public Health is joining 33 other communities across New York, Kentucky, Massachusetts and Ohio in launching a communications campaign to raise awareness of the dangers of illicit fentanyl through targeted advertising in communities experiencing high levels of overdose and overdose fatalities. As part of the campaign, Monroe County is launching an online map that gives locations and directions to county- installed Naloxone boxes at various businesses throughout the community. The map also gives instructions on where to get trained to use Naloxone.

“This is about saving lives. Opioids and drugs laced with illicit fentanyl are driving the overdoses and overdose fatalities in our community and we are using every tool at our disposal to combat this poison from claiming the lives of loved ones,” said County Executive Bello. “I thank the National Institute of Health and the Substance Abuse and Mental Health Services Administration for funding this critical campaign to augment our efforts with our IMPACT team, 24-7 opioid hotline and Naloxone box distribution.”

The awareness campaign will use social media, PSAs, billboards, event participation and street level outreach to share facts about the dangers of illicit fentanyl – a synthetic opioid – and outline ways to prevent a fatal overdose, including:

The new interactive map on the county’s website pinpoints locations of Naloxone boxes throughout the area installed at local businesses and organizations by Monroe County’s Improving Addiction Coordination Team (IMPACT). Each box contains 12 doses of Naloxone and instructions to administer the live-saving medication to individuals suspected of experiencing an overdose. Residents can use the map to find a box close to them and obtain directions through the platform. Locations where Naloxone training are offered are also included on the site.

“This is a very important conversation to have in our community. The vast majority of overdose deaths we are seeing here and across New York and the nation involve fentanyl, which drug dealers are mixing with other substances including heroin, methamphetamine and cocaine. A very small amount of fentanyl can be lethal, yet some people do not even know they are taking it,” said Monroe County Commissioner of Public Health Dr. Michael Mendoza.

The $50,000 campaign was developed as part of the HEALing Communities Study (HCS) and is funded by a grant from the National Institutes of Health and the Substance Abuse and Mental Health Services Administration. The goal of the study is to identify evidence-based practices that are most effective at the local level in preventing and treating Opioid Use Disorder.