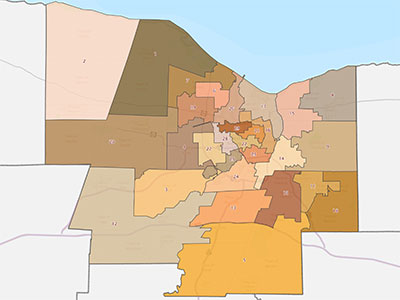 Throughout the redistricting process, I have remained steadfast in my commitment to maximizing opportunities for communities of color in Monroe County to elect their candidates of choice. Expert analysis confirmed this meant ensuring there were six minority-opportunity districts, and on October 21, I released an illustrative map demonstrating what that could look like. Though at the time, to my disappointment, the Legislature declined my invitation to begin negotiations and chose instead to charge forward with passing a legally flawed map, I am encouraged to see Legislature President Sabrina LaMar and the Republican Majority Caucus now recognize the need for a veto and the obligation we have to aim for a six minority-opportunity district map.

Following the veto, my administration began conversations with the Legislature aimed at compromising on a map that addresses the concerns outlined in my veto message, meets all legal standards, and is appropriately responsive to the needs of our entire community. As part of those conversations, on Tuesday of this week, we shared with the Legislature a new proposed map, intended to move negotiations forward. My proposal contains 6 majority-Black districts. The map I am releasing today would further benefit the community by creating Legislative districts that, compared to the map released by President LaMar, ensure more effective representation for Monroe County residents by:

My intention is to continue negotiations on this proposed map to ensure we are putting the community first and meeting the goals outlined above. My hope remains that we can come to an agreement. If the County Legislature is truly serious about passing a map with six majority- Black districts that meets all legal standards, they should move quickly to pass this map. I stand ready to sign it into law.